Do you want to know, what exactly you have to fill for the “visible identification marks” field on the Indian Visa application form? Here you can find the information on it.

This is part of the series on, ‘Indian Visa Application Form Guide’. So you can also check other articles on the series.

What does the visible identification mark mean?

A visible identification mark can be a mole, scar, tattoo, birthmark, or any other permanent mark on the body which can be seen without removing the clothes.

It is also acceptable to mention the unusual body parts like an extra sixth finger.

Can I just type ‘None’ in the field?

It is better to provide some information. You may type ‘None’ in some situations and I will explain about it in a minute.

Visible parts of the body example:

Why does the Indian Government require a visible mark on your body?

The Indian authorities want to know the visible identification marks on your body for various reasons. India is still old school.

Example 2: In case, you are involved in an accident on your trip to India (It won’t happen, apologize for my bad example. Indian traffic is worse, especially in metro cities and so you have to be careful on the highways, check here the Cultural shocks that tourists must be ready to face in Asia).

A dead body can be identified by comparing its DNA with the DNA of its blood relative. But the procedure will take time, the Indian authorities want something to identify initially.

Identification mark on the body example 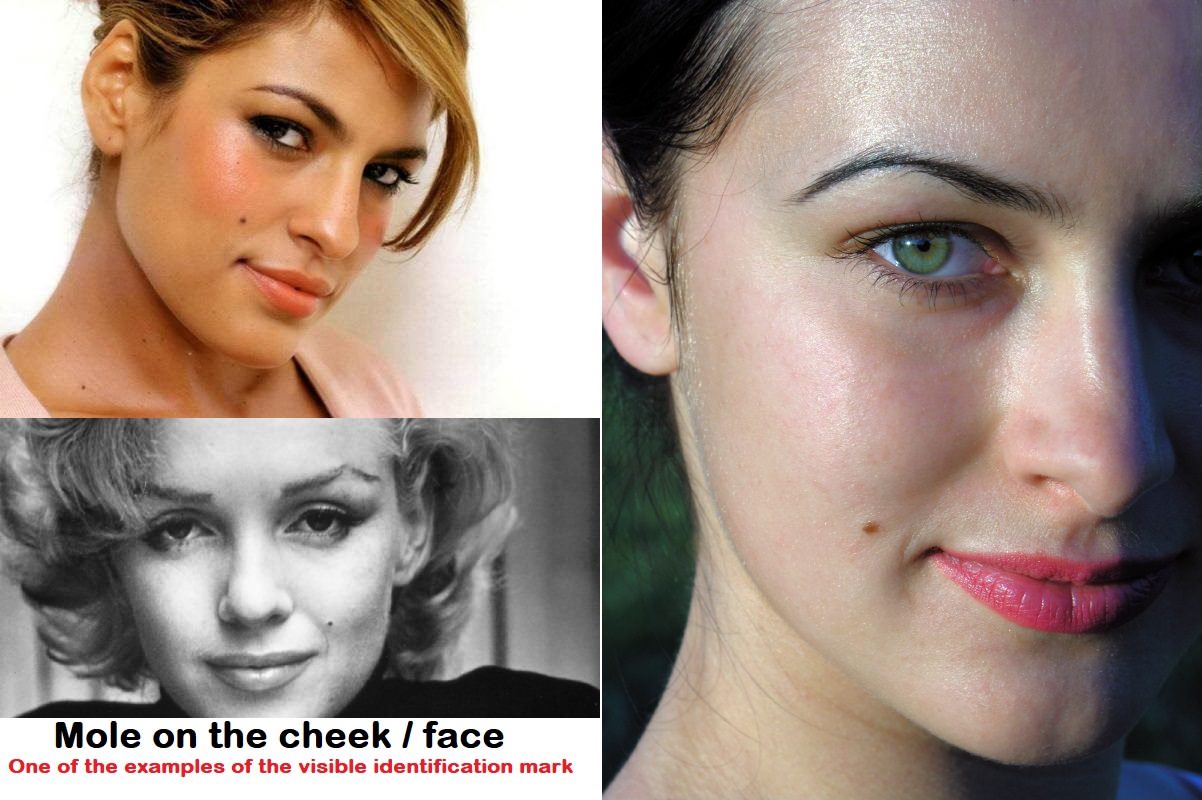 The visible identification mark can be any permanent mark on your body that is visible without undressing.

But the first preference has to be given to the face, neck, wrist, palm, and hand.

If you don’t have any permanent marks on your face or neck then you can specify marks from other parts of the body such as from the foot and parts of the leg.

Below you can see the example of how to fill the ‘visible identification marks’ field on the Indian Visa application form.

If you have a ‘mole on your forehead’ then fill in the field like in the example given below:

If you have a ‘Birthmark on your neck and a tattoo on your arm’ then fill in the field like in the example given below:

What shouldn’t be typed in the field?

Is it ‘OK’ to type ‘None’ if I don’t have any visible identification mark?

Type ‘None‘ only if you can’t find any permanent visible marks on your body. Consider this as the last option.

If this article has helped you then share it on social networking sites.

.
<<<
Howdy!
>>>
Welcome to our website! Thanks for dropping by. Hope you will have a great day today. Don’t hesitate to comment below if you have any questions or need any help.